As a kid, like most kids, one of the dreams that I had growing up was finding some sort of buried treasure.  I would follow the treasure map that some pirate drew up and that map would lead me on an Indiana Jones worthy trek where I would find treasure.  It would be epic.  But, for some reason, as we grow up, the idea of going on a treasure hunt becomes a forgotten dream.  That is for everyone except my guest that I speak to today.  Not only is he a real-life treasure hunter, he is an extremely successful business man. He has also hidden a treasure worth an estimated $2 Million in the Rocky Mountains, and has challenged the world to find it. I wanted to know more about his life and how he ended up being who he is today.  So,  I packed up my recording equipment and traveled all the way to Santa Fe New Mexico to speak to the one and only, Forrest Fenn.

If you want to learn more about the treasure hunt, check out these resources:

An article about clues for the treasure hunt: https://runningthedream.com/forrestfennclueslist/

A Podcast about the treasure hunt and is it a conspiracy?: https://runningthedream.com/forrestfennstreasurepodcast/ 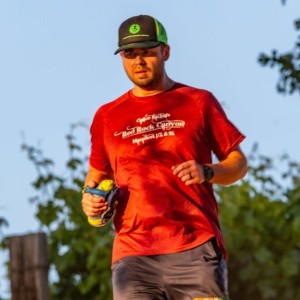 Running The Dream creator, husband, father, wanna-be-ultra-runner, jack of all trades, master of none.